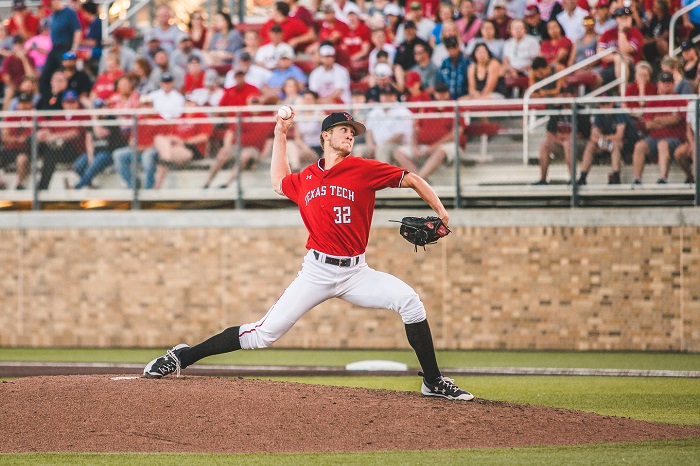 Texas Tech is a monster. Tim Tadlock has taken this program to heights so far, no one really talks about the legendary Larry Hays anymore. This program has appeared in Omaha three times since Tadlock took over, something Tech had never accomplished prior to his arrival.

The Red Raiders were forced to reload after 11 players were drafted. Ten of those 11 signed. Who was the lone Red Raider to return to the Lubbock campus? Righty Caleb Kilian, a 20th round draft pick by the Baltimore Orioles.

Kilian isn’t your typical ace. He doesn’t eat up a ton of innings. He’s not going to strike a lot of batters out. What he does do is produce outs. In 2018, Kilian produced a 2.82 ERA against Big 12 competition. He struck out 35 while surrendering 14 walks in eight appearances. When Kilian pitches, the Red Raiders typically win. He finished conference play with a 6-1 record. He’s 15-3 in his career with a 3.34 career ERA. He’s racked up 98 strikeouts in 110.1 innings. The 6-foot-4, 180 pound junior earned All-Big 12 First Team accolades in 2018.

If Kilian is on his game, the offense is going to guarantee Tech a victory. This is a high-octane team that scores a lot. All it needs is a little bit of pitching. 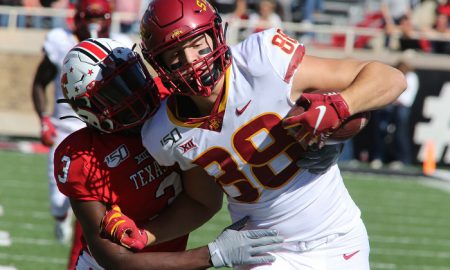